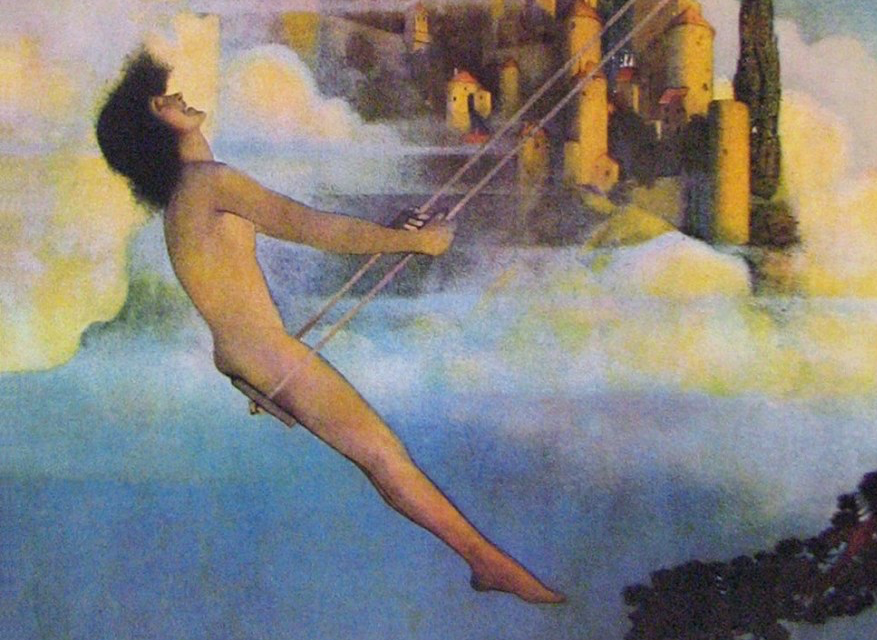 Recently, I have stumbled upon the debate between gender critical feminists and trans activists and supporters. I have  not read far and wide — but it provoked this reflection – which won’t exhaust the topic — but it’s a beginning for me.

Many years ago, I identified as a radical lesbian feminist. I was proud of the label and articulate in my ability to define it. For me, it had to do, not with the condemnation of men as a group but with the condemnation of masculinity – as it was currently defined by patriarchal culture – what a “man” is versus what innate masculinity is versus what is true for individual persons. In the midst of the debate over nature and nurture, we divided the world into masculine and feminine, male and female. And I fought the battle to liberate women and men from the strait jackets of these limited definitions – as a speaker, activist, and organizer.

I read all the current feminist writers: Mary Daly, Susan Griffin, Pat Parker, Marilyn Frye, Claudia Card, Adrienne Rich, Audre Lorde, actually, too many to name here – and I attended their readings and conferences and they filled my heart with strength and pride in being a woman. They were strong critiques of patriarchy and road maps for women to look at the world through clearer lenses through which we could engage in self-definition – as women.  And, hopefully, men would begin to do the same – engage in critical self-definition. And, I also read Jan Raymond’s book, Transsexual Empire: The Making of the She-Male.  This book took the idea of the straitjacket of gender roles and used it to explain gender dysphoria – born into bodies which would be assigned these roles. Thus, if a person felt such dysphoria, it was rooted in the ways they felt out of alignment with gender roles. If the society evolved, therefore, such dysphoria would not arise.

I wasn’t ignorant of transsexuals – however – they occupied a dimly lit corner of my mind.  I’d known a couple in high school – met them in diners in the wee hours of the night – who generously shared with me their yearning for physical transformation, and spoke to me of the hormone treatments they were undertaking or about to undertake at great expense.  To me, they were poignant. Individuals who felt as though the bodies they had been born into did not fit them properly.  I’d learned a little from my father, social work professor and a closeted gay man, who taught human sexuality on the university level. And he shared a couple of books with me that, in hindsight, were tragically primitive in their understanding – John Money for one.  And I read Virginia Woolf’s Orlando.

But, in my 20s, the world was divided into men and women and I thought of trans women and trans men with some discomfort.

For one, I believed that discomfort with bodies and gender roles in our society had to do with power and power dynamics, with patriarchy and misogyny.  I believed that, in a more liberated world, the discomfort of trans people would dissolve in a society evolved beyond gender-rigid roles.  I believed that the radical fairies had it right – men could dress in skirts or tutus, flannel shirts and Birkenstocks, or flannel shirts and tutus —  whatever — with shaved legs or hairy legs, could have beards or clean shaven faces – and the same for women – after all, I did believe – even then – that gender was a social construct – just in a different way than I do now.

I remember, when I was on the planning committee for the first national lesbian and gay march on Washington – at that point it was only lesbian and gay in title – the name grew more inclusive overtime as it continues to grow over time. Anyway, I was in a meeting – a women’s caucus in Houston – and a trans woman wanted to attend. And I felt suspicious, afraid of being spied upon in a word: paranoid. With what sex were her allegiances? Would she act with male prerogatives, speaking over us? If confidences were shared in the meeting, would she run to tell the men what was said? Paranoid.

But over time, I remembered more. I remembered the people I met in high school, I read and learned more – their stories and generous vulnerability. There were more conversations among evolving feminists of my ilk and I became suspicious – as I am always suspicious of any ideology that might override, exclude, discount, or erase human experience. And the idea that trans women were men in sheep’s clothing began to look more and more like that – an idea or ideology that failed to take into account the power and truth of individual human experience. I met more and more trans people – and heard more stories and their truth was overwhelming in its authenticity. True stories. Honest stories.

I still think that gender roles in our society are a stupid, malicious construct – however, my ideas about trans persons and transsexuality were trans-formed.

Undoubtedly, gender dysphoria has always been present in the population –contributing to feelings of madness and marginalization – to people feeling as though there was something that they yearn for that was far beyond the reach of making real.  I can’t even imagine that pain. But I can trust that it is real and worthy of trust and honor. Over and over again, the trans persons that I meet shine like diamonds and inhabit a space that invites all of us to think a little more clearly and critically about gender. About sex. It is not my job to define the reality of the person I am talking with – I am called, instead, to simply be present and witness them on their own terms. And in that space, which is beyond the rigid definitions of our society, is liberation.

And, these days, as I watch more and more young people shun gender labels, I spend more and more time beyond the rigid definitions of gender in our society, and in a place that I can see is a greater freedom.

I still prize the feminists who raised me up in early adulthood and filled my heart through the 70s and 80s. They were, for the most part, on the right track – and they understood intellectually, spiritually, emotionally – that womanhood (not only a concept but a reality for eons of women) needed to be raised up, honored, seen in its power and, even more — they understood that patriarchy needed to be named as the poison it is in the heart of our culture – White western culture at least. So, I still hold them in reverence. And I’m not sure that there isn’t still a place for them and for their voices in the face off with patriarchy. But it is not a place that holds a fuller truth.  It is, itself a transitional truth as we all move into the mapless landscape that gender promises to become in the future, if we have the courage to divest ourselves of the gendered trappings and traps we have found ourselves in.

I don’t know who the gender rigid feminists are, today, who are unable to be moved to a broader understanding of gender. I haven’t read them, beyond a couple of blogs.  Today, my concern is that both those feminists and those who are expanding the expression, definition, landscape, and very idea of gender are spending time fighting with one another – a fight which serves The Man, as “they” say.  In fact, I do think that they need to stand or roll and move side-by-side against overwhelming odds. 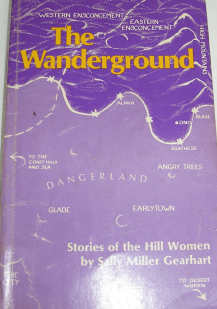 I’m reminded of the passage in the bookThe Wandergroundby Sally Miller Gearhart, in which a frightened woman has escaped from the violent city and one of the female warriors, protectors of nature and women in the Wanderground, discovers her. The warrior is wearing armor and carries a weapon and the woman becomes more frightened.  The warrior rightly realizes that there is only one solution. She puts her weapons on the ground and gradually to remove her armor piece by piece and to stand back from it open and vulnerable so that the woman begins to feel safe.  There are certainly people among whom I would never disarm. But this is the passage that comes to mind, to me, as I think about two visionary movements that want to create a world of liberation and, I think, peace.

I don’t have any final answers – just a desire that we hear one another’s stories from the heart and tell our stories with the heart and find a path forward that enables liberation. But I do feel hope when I see around me – all the time – young people who are imagining and living worlds more remarkable, even, than The Wanderground.